Posted on Sep 27, 2018
What do Serena Ryder, Tom Cochrane, Barenaked Ladies, Russell Peters, Fito Blanko, Tom Wilson of Junkhouse, The Trews, Karl Wolf, Mark Holmes from Platinum Blonde, Alan Frew from Glass Tiger, Dr. Draw & Lynn Moffatt have in common? Aside from being some of the biggest names in Canadian entertainment – this week, they’ve gathered together with the team behind a Toronto based organization 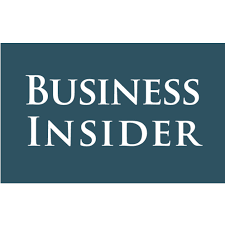 Aside from being some of the biggest names in Canadian entertainment – this week, they’ve gathered together with the team behind a Toronto based organization called Direct Global / Direct Co-ops to send a strong message – they care about their communities.

It takes a lot to get this stellar list of Canadian talent excited – and this varied group that represents some of the best in Canadian arts is thrilled to support the international launch of Direct Global / Direct Co-ops. Direct is a local initiative turned international, that experts are calling a true gamechanger for small and medium sized businesses, the customers they serve and the communities they operate in.

Hosted by Steve Anthony, legendary broadcaster with a forty year history in Canadian broadcasting (known for his early years helping to develop MuchMusic into the powerhouse it became as well as for his most recent award winning years on Toronto’s CP24), who was so enthusiastic about the Direct Global / Direct Co-ops mission that he’s been devoting a lot of his time to the organization.

Company founder and CEO Ahmed Attia said they are thrilled to have Anthony on board. “Direct Global / Direct Co-ops is happy to be working with Steve Anthony. Without him holding our flag, our voice would never have been heard.”

But what IS Direct Global / Direct Co-ops, and why were all those celebrities and media stars celebrating earlier this week?

Steve explains it this way : “With the constant erosion of our communities due to the major economic changes that have taken place, small and medium sized business have nowhere to go, and I truly believe the Direct initiative is the only way to solve both the online crisis (50 percent of all online spending goes to one major corporation that doesnt even pay taxes) and the big box stores and major chains which have been crushing mom and pops.”

Direct Global / Direct Co-ops chose Kensington Market for the launch party for their gamechanging new app – and for their brand new office to pay homage to the place where it all began. It was in the locals fight to save the unique spirit of Kensington Market from an invasion of big box stores that Direct Global / Direct Co-ops found its inspiration and purpose.

The evening also included the first ever David Awards – what will be an annual awards ceremony where Direct Global / Direct Co-ops honors individuals who “worked against all odds to stand up to the Goliaths of the world – the largest corporations.”

The recipients of the 2018 David Awards were :

Jasmin Ganie-Hobbs of BDC (Head of Tech Finance for Canada) Tony Elenis of the Ontario Restaurant Hotel & Motel Association (representing 11,000 restaurants and hotels across the province) Dan Kelly of CFIB (largest association of small businesses in Canada with a membership of 110,000) Billy Hennessey of The Entrepreneurship Society representing 30,000 businesses across Canada Mike Shepherd the Chair of the Kensington BIA and the owner of Big Fat Burrito and Trinity Common Restaurant Patrick Morrison founder of Pedestrian Sundays in Kensington Market Cozette Dagher a leading political consultant who has worked with small business for years. MPP Michael Coteau former Minister of Citizenship and Immigration, Minister of Tourism, Culture and Sport with added responsibility for Anti Racism. Samer Bishay of Iristel Inc. – Canada’s only Telecom company that is in every province and still independently owned. Fito Blanko, Grammy winning recording artist.

With the support of a huge cross section of Canadian media and entertainment personalities, a partnership with cryptocurrency Tatatu, the memorable hashtag #savemomandpops, and an impressive membership list, Direct Global / Direct Co-ops is already making a difference to small businesses, and the communities they serve.

It just got even better. Attia says the brand new Direct Global / Direct Co-ops app will literally put the power of the big money, big box store into the hands of the small business person, allowing them to compete on an even playing field with the world’s biggest corporations in both purchasing and retail.

Yes. There’s an app for that.

The new app is available in Beta version on both Android and Apple stores.