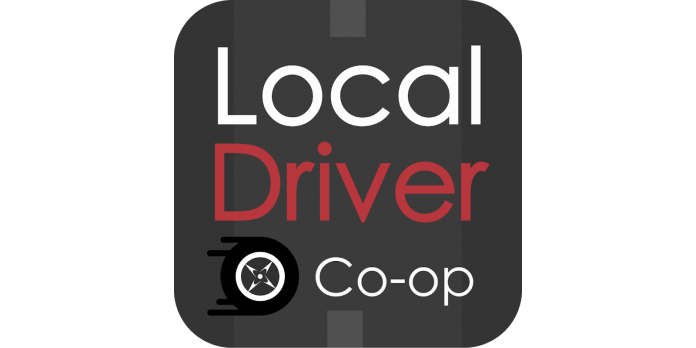 Direct Global / Direct Co-ops is excited to announce that Local Driver Co-op, a powerful cooperative owned and operated by its own members, the drivers, is in its third phase of testing in the USA and Canada.

Toronto, Canada – September 30, 2019 – Direct Global / Direct Co-ops is excited to announce that Local Driver Co-op (www.LocalDriver.coop), a powerful cooperative owned and operated by its own members, the drivers, is in its third phase of testing in the USA and Canada.

Through Local Driver Co-op, drivers receive 90% of the revenue they generate, unlike the paltry 65-70% that Lyft and Uber offer their drivers. This does not include the extra fees, wear and tear of the vehicles, among other expenses.

This is a vital difference that guarantees that more money from each ride supports the drivers and their families and allows them to have a democratic voice.

Also, as a cooperative, drivers are able to vote on issues of importance to themselves, communicate and coordinate with each other, and access exclusive discounted products and services, including insurance, gas, automotive supplies, and more.
Drivers interested in becoming a member of the Local Driver Co-op can register through the LocalDriver.coop website.

Last November, Toronto taxi owners and operators launched a $1.7-billion class action lawsuit alleging the city has failed to properly regulate the private transportation industry and caused the value of taxi plates to plummet by more than 90%.

The Local Driver Co-op has created a special class of shares for taxi drivers, recognizing the significant investment that they have made in their medallions, allowing them to recoup their investment.

Amazon Flex delivery drivers will also be invited to join the cooperative, where all members have an equal voice.

By 2021, the era of self-driving cars will kick in, leaving millions of rideshare drivers without jobs. Local Driver Co-op also has a solution.

Collectively, the Local Driver Co-op initiative will use the accumulated surplus of the cooperative to finance driverless vehicles and kits that will enable drivers to survive in the age of autonomous vehicles.

With the Local Driver AI Initiative, employing new technology will ensure the livelihood of millions of people that will not be in question, but rather, will prepare them for the age of autonomous vehicles by upgrading their existing vehicles to self-driving ones. This will enable each driver to earn passive income, allowing them to spend more of their time with their family, focus on school or other work.

After completing numerous surveys, we have found that the vast majority of consumers would support local families, rather than corporations.

Direct Co-ops (https://www.directcoops.com/) has developed a web-based platform that works with local business associations and others to connect local small and medium enterprises and enable them to aggregate orders for goods and services from local and national manufacturers, suppliers and service providers. By consolidating shipping, the company helps participating businesses reduce the environmental impact of their supply chains. Direct Global / Direct Co-ops has been featured on Bloomberg-BNN, Yahoo! Finance, Business Insider and received mention in “Everything for Everyone”, Nathan Schneider’s seminal text on the modern business cooperative movement.

In 2019, Direct Global / Direct Co-ops became Canada’s Strategic Partner to the Commonwealth, an association of 53 countries representing over 2 billion people in the developing world, as well as the exclusive platform for the US Pacific Rim Chamber of Commerce, representing over 200,000 businesses in 48 countries.