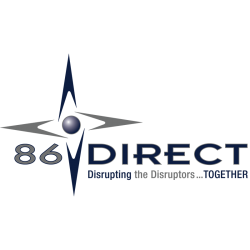 Mr. Guo started his career as an interpreter and business strategist with CITIC when he had the opportunities to serve world leaders such as Rong Yiren, Henry Kissinger, David Rockefeller, Sir Edward Heath (former Prime Minister to the United Kingdom), etc.

Mr. Guo was also Founder and Chairman of CEO Clubs of China which involved many of the top CEOs across China and the USA. He is also involved in a number of projects, from real-estate to stem cell research.

Simon is a successful author, active speaker at Information Technologies, Health Care and US/China Business Conferences, and he had the honor of addressing over 50,000 business owners of Alibaba as a mentor of doing international business.

With Mr. Guo’s intimate understanding of The Direct Initiative, he formed the Epic consortium specifically tailored to address the Direct Global / Direct Co-ops platform, enabling SMEs to compete directly with the large corporations, also addressing Direct Global / Direct Co-ops’ role in the Commonwealth Enterprise and Investment Council (CWEIC). CWEIC has a mandate from all heads of governments of the 53 member nations of the Commonwealth to facilitate trade and investment throughout the Commonwealth, which represents the majority of the developing world.

Founded by Mark Ren in 2014, KJDS (The Eagle and Bear Alliance) was a Wechat public account sharing insights and ideas among key cross border ecommerce players in China, now one of the largest eCommerce and Cross border eCommerce communities and alliances globally. In 2018, KJDS announced its English name AIECOMS as a step further into the international market. AIECOMS now has more than 600,000 cross border eCommerce partners and members and is the main gateway for such companies as Alibaba, Amazon, Walmart, AliExpress, JD, UPS, FedEx, eBay just to name a few, with each of its main customers having their own portal through the association.

The group is lead by Mr. Da Chun Zheng, who also is the chairman of the Shenzhen Belt and Road Initiative.

CCT is a national high-tech enterprise focusing on the R&D and applications of high-frequency spectrum, including Ku, Ka and THz; In the THz field, with a number of independent algorithms and semiconductor-based core intellectual property rights, CCT Group is committed to becoming a global integrated information service provider for optoelectronic information. Founded in 2007, CCT Group’s head office is located in Shenzhen. After years of hard work, CCT Group has achieved a leap-forward development and has been widely recognized by the global community which earned them a great deal of awards: On the international level, CCT Croup has been selected as an international reputation brand and a TOP10 Global Satellite Competitiveness Company; On the national level, CCT Group was awarded China Top-500 Private Enterprises, China Top-500 Private Manufacturing Enterprises, China Top-500 Foreign Trade Private Enterprises, China Top-100 Communication Devices Technology Service Provider, China Top-100 Enterprises of Electronic and Information Industry, China Top-100 Income Software Enterprises, Deloitte Top-50 China Hi-tech and High-growth Company, China Communications Industry Satellite Communications Contribution Enterprise, the “1000 Groups”​ enterprise promoted by the State Administration of Taxation and others.

Established in 2004 with registered capital of USD 91.4 million, Unilumin Group Co., Ltd. is a leading LED application products and solutions provider dedicated to LED product development, manufacturing, sales and after-sales service, on the domestic and abroad markets. In 2011, Unilumin was listed with stock code 300232. With a corporate vision of “Together, for a brighter future”, Unilumin prides itself on delivering high-quality, high-performance LED products and solutions to its clients in over 100 countries and regions worldwide, which include Facebook, Google, Microsoft, UBS, Nike, Nasdaq, Deloitte, BBC, Disney, Standard Chartered and many others. The company’s main products are high-definition full-color LED displays and LED lighting. The sales and support networks of Unilumin cover more than 160 countries, with over 700 channels with subsidiaries in New York, Amsterdam, London, Moscow, Melbourne, Dubai, Stuttgart, Seoul, Tokyo, Singapore and so on, as well as offices in Hong Kong, Italy, Canada, USA, Mexico, etc.

Established in 1997, Born Holding Group is a leading high-tech investment group in central and western China, and one of the most outstanding high-tech angel investment groups in China. Born has successfully invested in or set up a number of star enterprises, including Qihoo360, Zhubajie, BBD, Donghexin, Julixin, witnessing classic investment case of 5 million investment bringing about 3,000 times return. The success rate of its angel investment is as high as 53.4%, much higher than the international average of 10%. Since 2015, Born has been setting foothold in intelligent agriculture. In 2019, Born put forward its new strategy–building a supply and marketing company for China’s agriculture upgrade in 6 aspects: supply agricultural hi-tech to the countryside, sell agricultural produces with brand recognition to cities. Agriculture upgrade in 6 aspects refers to building good farmland, selecting good variety, practicing good cultivation methods, nurturing good products, building good brands, and selling at a good price. Currently, Born has set its presence across China and in the B&R region, including the largest deal of Chinese agriculture in 2019 – Jingzhou crawfish and rice symbiosis project, which covers an area of 2 million mu (133,333.33 ha), sand soilization projects in the United Arab Emirates, Qatar, Inner Mongolia, Sichuan and Xinxiang, microclimate regulation projects in Sichuan, Shandong and other places, provided scheming and promotion services for such well-known agricultural brands as Chu Orange and Pan Apple. In the next 5 years, Born will turn 100 million mu(6,666,666.67 ha) of desert into oasis, serve 100 million mu of fertile farmland, build 100 famous agricultural products brands, benefit 50 million rural families, and provide 30 million urban families and over 100 million urban residents with high-quality green agricultural products with brand recognition.

Through our partnership with Epic, we have set up an office with approximately 10,000 square feet in GCL’s headquarters in Shenzhen, where we are currently hiring over 100 employees to bring all the products of the consortium on to the Direct Global / Direct Co-ops platform, specifically the 600,000 manufacturers that make up AIECOMS – the apex group that represents all the cross border ecommerce companies that supply Amazon, Walmart, Alibaba, AliExpress, JD, and many others.